What is Myasthenia Gravis (MG)? 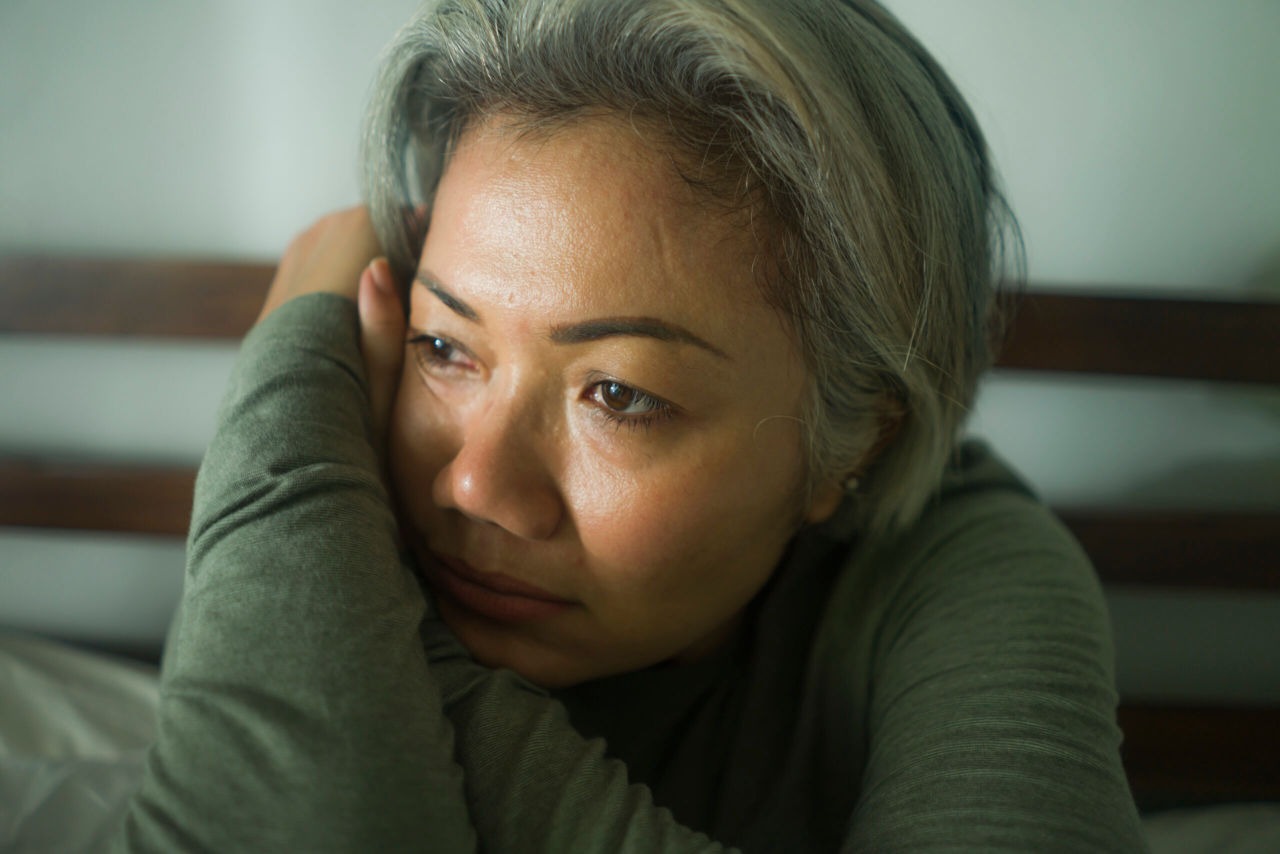 What is Myasthenia Gravis (MG)?

Myasthenia gravis (MG) is a neuromuscular autoimmune disorder that causes weakness in the skeletal muscles. An autoimmune disorder is when the immune system mistakenly attacks your body’s healthy cells. The associated fragility worsens after activity and improves after rest.

The term “myasthenia gravis” has Greek and Latin origins, meaning “serious or grave muscle weakness.” Although no cure is available for this autoimmune disease, existing treatments have made myasthenia gravis manageable. With current therapies, patients can control their symptoms and experience an improved quality of life.

MG is what occurs when your immune system causes your antibodies to damage or block acetylcholine receptor sites in your muscles. Ase a result, very few receptor sites are available, and fewer nerve signals are received by your muscles, leading to weakness and less contraction.

This disease may also occur when antibodies restrict the activity of a protein called muscle-specific receptor tyrosine kinase (MuSK). This protein is responsible for nerve-muscle junction formation. When antibodies attack this protein, it can lead to myasthenia gravis.

Studies have shown other antibodies’ involvement as causative factors, and they expect their number to rise.

The thymus gland can be found underneath the breastbone in the upper chest region as part of your immune system. Researchers believe that the thymus gland activates or mediates antibody production, which blocks acetylcholine.

The thymus gland is large in infants, and its size reduces with age, becoming small in healthy adults. However, in some people with myasthenia gravis, the thymus gland’s size becomes abnormally large. Certain patients of MG disease can also have thymus gland tumors called thymomas.

In rare cases, mothers with myasthenia gravis have children born with the disorder (what is known as neonatal MG). If treated promptly, children generally recover within two months after birth.

Some children are born with a rare, hereditary form of myasthenia gravis, called congenital myasthenic syndrome.

Some factors can exacerbate myasthenia gravis. These include:

What Are the Symptoms of Myasthenia Gravis? The primary symptom of MG is what allows you to detect the disease. And that symptom is the weakness of voluntary muscles, which are muscles under your control. Muscles may fail to contract generally due to their inability to respond to nerve impulses. Because of the lack of impulse transmission, blockage occurs in the communication between muscles and nerves, resulting in weakness. This weakness generally worsens with activity and improves with rest.

Other symptoms of MG disease can include:

While the complications of myasthenia gravis are generally manageable, some can be lethal.

The weakening of the muscles that control breathing leads to a complication called a myasthenic crisis. Myasthenic crisis is a life-threatening condition that happens because of the  location of these muscles in the airways. In such cases, emergency intervention and mechanical support for breathing become necessary. With medications and blood-filtering treatments, patients can start breathing on their own.

In some patients, MG is what occurs due to a thymus gland tumor (thymoma). Although most of these tumors are not malignant, some may become cancerous.

Individuals who have myasthenia gravis are more susceptible to other disorders, which can include:

How Is Myasthenia Gravis Diagnosed? 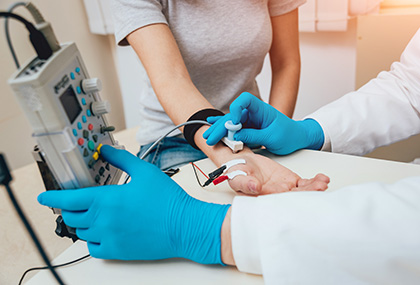 Your clinician will suggest various tests to confirm what you’re suffering from is MG.

Your clinician will review your medical history and carry out a physical examination. A neurological exam includes checking muscle tone, strength, coordination, sense of touch, and looking for eye movement issues.

Blood tests check for elevated levels of specific antibodies in the blood, including acetylcholine receptors and anti-MuSK antibodies. However, some people with myasthenia gravis may not have these antibodies (they may have what is known as seronegative MG).

Repetitive nerve stimulation may also be necessary to check for the stimulation of the patient’s nerves. In patients with MG disease and other neuromuscular disorders, muscles don’t respond to repetitive electrical stimulation as well as in healthy individuals. The most sensitive test for MG is single-fiber electromyography (EMG), which perceives diminished nerve-to-muscle transmission. If what you have is a mild case of MG, this test can help diagnose it when other tests do not successfully demonstrate abnormalities.

Magnetic resonance imaging (MRI) or Computed tomography (CT) of the chest can help identify thymoma or other abnormalities in your thymus.

Weakness is a common symptom of several disorders. A diagnosis of myasthenia gravis can be delayed or missed in individuals with mild weakness in the airways or in those who have weakness locally in a few muscles.

What is the Treatment of MG?

Several single or combination treatments may alleviate symptoms of MG disease. The treatment you will receive depends on your age, the severity of your disorder, and disease progression.

Cholinesterase Inhibitors, including pyridostigmine, are used to improve communication between muscles and nerves. These medications do not cure the condition but can enhance muscle strength and contraction in some patients. Their side effects can include diarrhea, gastrointestinal upset, nausea, and extreme sweating and salivation.

Prednisone obstructs the immune system and limits the production of antibodies. However, long-term corticosteroid use can lead to severe side effects, including weight gain, bone thinning, diabetes, and an increased risk of infections.

Immunosuppressants regulate your immune system, and this is what can treat your MG. They include medications such as eculizumab, rituximab, azathioprine, mycophenolate mofetil, cyclosporine, methotrexate, or tacrolimus. Adverse effects of immunosuppressants include elevated risk of infection and kidney or liver damage.

Intravenous therapy is another treatment option for myasthenia gravis used short term to alleviate the rapid deterioration of symptoms. It may also be used before surgery.

In this process, a filtering procedure similar to dialysis is used. Blood passes through a machine that eliminates the antibodies obstructing signal transmission from the nerve endings to muscles’ receptor sites. This is what treats your MG. The risks of plasmapheresis include a  decrease in blood pressure, heart rhythm problems, bleeding, or muscle cramps. Some individuals may develop an allergic reaction due to the compounds found in the plasma replacement.

Your body gets normal antibodies with IVIG treatment, which plays a role in altering your immune response. The benefits of IVIG for myasthenia gravis are usually seen within a week and may last for three to six weeks. Side effects are typically mild and can include dizziness, chills, fluid retention, and headaches.

Some individuals with MG disease may have a thymus gland tumor. In such cases, a thymectomy will be performed (i.e., surgical removal of the thymus gland).

Even without a thymus gland tumor, thymectomy may improve myasthenia gravis symptoms. Nonetheless, thymectomy benefits may take some years to show progress.

You should adjust your lifestyle to make the most of your energy and help cope with the symptoms of MG disease.

Chew your food properly and eat meals when you have good muscle strength. Try to take breaks between bites. Eating smaller portions a couple of times a day might also help. In addition, eat soft foods and avoid hard foods that require more chewing.

Try to prevent falls by installing railings or grab bars in areas where support is needed, including next to the stairs or bathtub. Your floors should be kept tidy, and remove area rugs. Keep your sidewalks and driveways clear of snow, leaves, and other rubble that may cause you to trip.

Technology is what can help you live more comfortably with MG. To preserve your energy, use electric can openers, toothbrushes, and other electrical appliances for performing tasks.

Plan shopping or other tasks when you have the most energy.

Living with MG disease can be challenging as it turns the body against itself. The condition can worsen due to stress, so you should explore methods to help you relax. Now that you know what MG is, don’t hesitate to ask for help when needed.