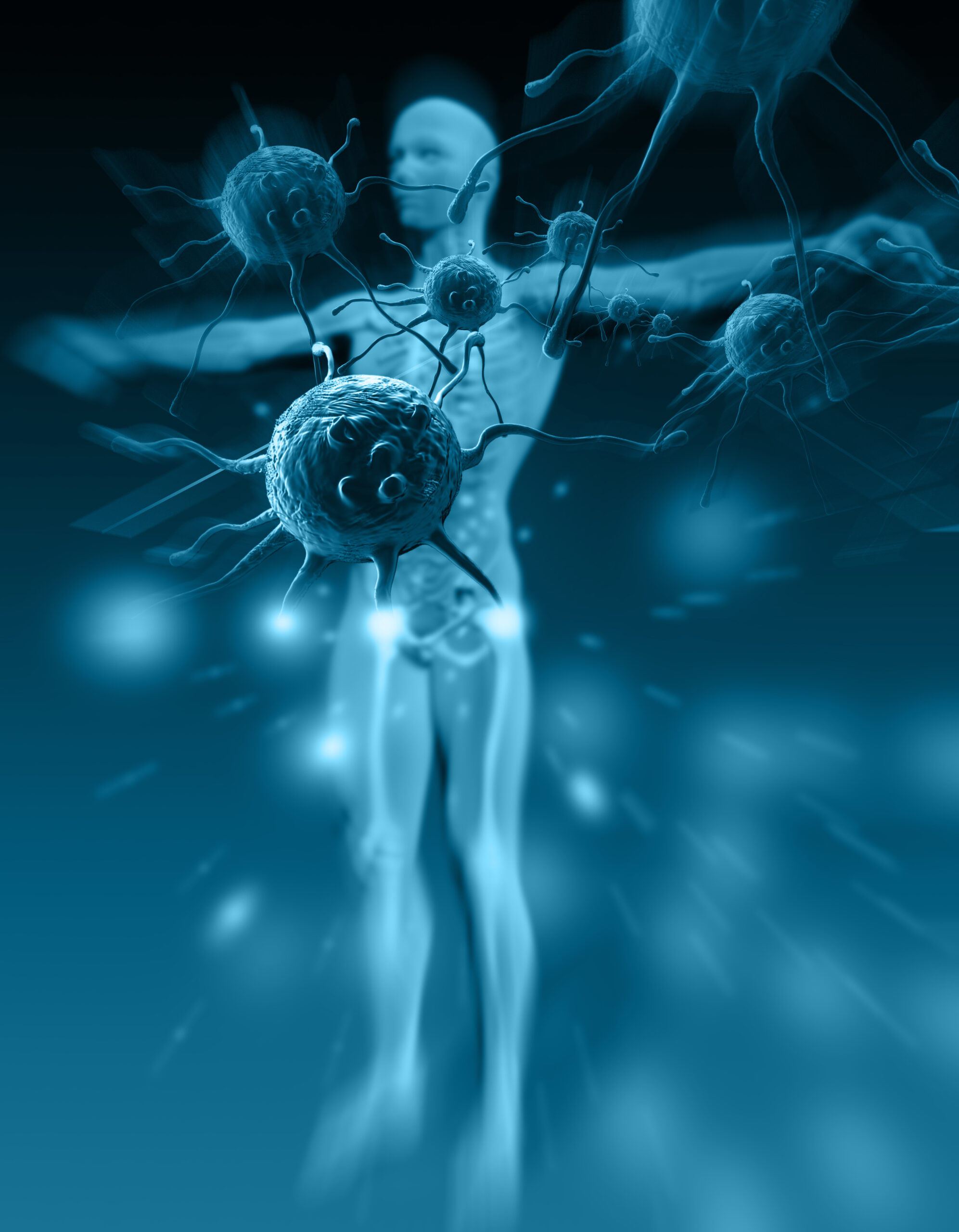 They are classified into three types: alpha, beta, and gamma. Gamma globulins, or immunoglobulins (Ig), are basically the antibodies produced by the B cells of the humoral immune system.

There are different types of Ig, i.e., IgA, IgM, IgG, and IgE. The Ig levels could be reduced due to slowed secretion of primary antibodies or excessive loss of the Igs from the body.

Hypogammaglobulinemia is a medical condition in which serum IgG levels are below the normal range, causing recurrent infections, allergy, asthma, failure to thrive, and increased susceptibility to neoplasm. It is a clinical laboratory diagnosed condition, which affects the different isotypes of Ig. Also, it is one of the unclassified types of PAD (unPAD), contributing to almost half of the diagnosed PID cases.

Respective diagnosis and treatment (e.g., IVIG) should be devised as per needs and disease severity to avoid the increased morbidity and mortality linked to hypogammaglobulinemia (Scanes 2015, Janssen, Bassett, et al. 2018).

Hypogammaglobulinemia may occur due to underlying immune defects, which can either be acquired or congenital. The congenital or primary immunodeficiency is inherited, resulting from genetic conditions during the development of the immune system.

Patients with primary immunodeficiency might take years from onset to expression. It is also known as Combined immunodeficiency (CID) – a congenital form of immune deficiency including T and B cell defects directly (Roifman, Somech et al. 2012, Yazdani, Tavakol, et al. 2021).

Usually, children with primary immune defects get stable by the age of 6. However, patients with primary immunodeficiency either remain asymptomatic, or the clinical presentation can occur years later after its onset.

Unlike CID, patients do not remain asymptomatic. Instead, SCID is reported to be fatal in the first year of life if not treated in time (Lobachevsky, Woodbine, et al., 2015).

The causes of hypogammaglobulinemia due to primary immunodeficiency disorder could be different underlying immune defects, including:

XLA is an inherited disease in which a patient can’t produce antibodies. Most cases of XLA show a failure of B-lymphocyte precursors to become B cells.

Common Variable Immunodeficiency (CVID) is the most common immune defect in adults, which can be inherited or developed during a lifetime.

The most common cause of primary hypogammaglobulinemia is CVID, characterized by decreased Igs and antibodies, making patients more susceptible to infections. In addition, CVID is also presented with increased incidence of inflammatory manifestations and susceptibility to cancer, compared to the normal public.

It is another common primary immunodeficiency disorder, affecting infants over six months of age without showing any symptoms.

THI is characterized by the low levels of IgG with or without decreased IgM and IgA. Causes of Transient Hypogammaglobulinemia of Infancy are suppressive maternal antibodies that come through the placenta and suppress fetal Ig production, irregular cytokine production, or abnormal T or B cells.

SIgAD is characterized by decreased IgA levels in the blood and secretions but no other immunoglobulin deficiencies.

Though the inheritance pattern is unknown, having a family member with this condition of any age group doubles the risk. The SIgAD involves B cells abnormalities.

Patients with CVID, treated with drugs like phenytoin or D-penicillamine, were diagnosed with secondary IgA deficiency. Different infections like Rubella, CMV, and EBV may also be the underlying cause.

HIGM Syndrome is another underlying cause of hypogammaglobulinemia. It is a rare cause characterized by decreased levels of IgG, IgA, and IgE in the blood and increased IgM levels, which are caused by the alteration in genes on the X-chromosome and autosomal chromosomes.

These chromosomes play a vital role in the B cell class switch from IgM to other antibodies. Its most common form is inherited as x linked.

The severity of this condition differs from one patient to another, age group, and even among the family members. Without proper treatment, this disorder can cause death in children or adults.

The clinical picture of ARA is somehow similar to the XLA, including onset, laboratory findings, clinical manifestations, and even treatment options.

Another cause could be a deficiency of IgA in patients with normal IgM and IgG levels. This is most common in children above four years.

In this syndrome, the total IgG level is normal; however, one or more subclasses are below the normal range. In certain cases, other Igs are also low. However, there is no specific cause that is identified for this type of deficiency.

In this syndrome, the total levels of all isotopes of Igs are in the normal range but don’t make sufficient quantities of the antibodies. This type is very common in patients presenting with sinopulmonary infections.

It includes all the associated immunodeficiency disorders, such as Severe Combined Immunodeficiency (SCID), Wiskott-Aldrich Syndrome (WAS), Ataxia-telangiectasia (A-T). SCID is an emergency condition to be dealt with within the first three months of birth. Patient with WAS shows x linked inheritance. A-T is characterized with IgA and subclass of Immunoglobulin G deficiency followed by impaired antibody response.

Hypogammaglobulinemia could be acquired or secondary due to other underlying diseases.

These secondary disease entities include

In nephrotic syndrome, along with albumin, gammaglobulinemia is also excreted and lost.

In intestinal lymphangiectasia and other protein-losing enteropathies, Igs are lost from the gastrointestinal (GI) tract.

In the case of burns and malignancies, increased catabolism occurs, resulting in decreased Igs (Secord 2019). Premature babies tend to have increased metabolism of IgG and also have Igs in insufficient quantities.

Clinical manifestations depend upon the cause and severity of the disease state.

In case of mild hypogammaglobulinemia, they will remain asymptomatic.

However, in severe cases, the clinical manifestation of symptomatic hypogammaglobulinemia is a predisposition towards recurrent infections, which the body defends by antibody response.

The causative agents for this response include Haemophilus influenzae and pneumococcus, but not limited to these two.

and especially growth and development.

Many patients with SIgAD are asymptomatic, while others develop multiple significant symptoms, such as allergy, asthma, autoimmune disorders, diarrhea, or sinopulmonary infections.

Gastrointestinal problems like malabsorption commonly occur in XHIGM deficiency. In this condition, life-threatening respiratory tract infections like pneumonia, allergy, asthma, or others like ear infections are developed.

The diagnostic criteria for hypogammaglobulinemia are established by the European Society for Immunodeficiencies (ESID) and are utilized accordingly.

Various laboratory investigations are advised to establish a successful diagnosis and determine which phenotype is deficient, i.e., Complete Blood Count (CBC) with differential and antibody response are assessed via serum immunoglobulin levels.

Common variable immunodeficiency should be suspected in individuals with a family history of allergy recurrent infections, which involve ears, lungs, etc.

In addition, the lack of functional antibodies should be checked. If children with XLA have low serum Igs, the number of B cells in the blood should be measured.

The diagnosis can be confirmed by signaling the absence of BTK protein in platelets. Chest X-ray or CT scans may be useful for patients with THI.

Diagnosis of SIgAD is suspected in individuals with infections, autoimmune disorders, or a family history of B cells. It is confirmed when vaccine antigens responses in the serum are less than 7mg/dL with normal IgM and IgG levels.

Apart from blood work, some radiological tests can also be conducted, including chest radiography and High-Resolution Computed Tomography (HRCT), and genes mutation analysis can confirm the diagnosis of XHIGM syndrome.

Additional diagnostic tests include renal studies for urinary excretion of proteins for 24 hours and histological findings, such as intestinal biopsy, lymph node, and thymus biopsy.

Management is customized for individuals according to the underlying cause. Intravenous immunoglobulin is given via intravenous (IVIG) and subcutaneous route (SCIG). However, some patients remain asymptomatic throughout life and need no intervention.

IVIG is the treatment of choice where Ig levels are extremely low, including CVID, XLA, SCID, Hyper-IgM, low immunoglobulins syndrome, and ADA deficiency.

Management of THI includes antibiotics, routine immunizations, and Functional Endoscopic Sinus Surgery (FESS). Patients with XLA can be given oral antibiotics daily to protect against bacterial infections but avoid live vaccines. In addition to IRT, long-term treatment for respiratory tract infections with broad-spectrum antibiotics are provided.

Hematopoietic stem cell and bone marrow transplant are other options being practiced where T-cell function (SCID) is altered. These are emergency procedures mainly reserved for infants.

Successful treatment of secondary hypogammaglobulinemia is to address and rule out the root causes, such as nephrotic syndrome, which will improve Ig levels.

Most common treatment choice is replacement with IVIG therapy. However, Intravenous Immunoglobulin is not recommended in treating patients with hypogammaglobulinemia due to lymphoproliferative disease.

IVIG treatment is also not recommended in decreased IgG levels.

These can be supplemented with steroids, bronchodilators, and anticholinergic drugs to address other respiratory tract problems. Vaccines (13 and 23 valent) are recommended to induce immune responses and prevent B cell disease (Secord 2019).

The life expectancy and prognosis of hypogammaglobulinemia may rely upon the individual’s immunodeficiency, its type, and severity. It has been researched that IRT, combined with antibiotic therapy for infections, dramatically improves the outlook of patients with common variable immunodeficiency.

However, mortality and morbidity due to recurrent and life-threatening infections still remain a significant concern. In addition, susceptibility to lymphomas should also be considered in the long term.

Most individuals with XLA who get immunoglobulin regularly will be able to live everyday lives. The prognosis of THI for symptomatic patients is good, and the IgG levels become normal by three years of age. On the contrary, some patients remain asymptomatic. However, SCID remains a medical emergency, but with successful stem cells, the transplantation survival rate is increased up to 93%.

Some of the patients with decreased Immunoglobulin A levels may develop CVID over time, while young patients can outgrow this condition within the first few years of life. HIGM patients with antibody class switching defects can be treated effectively by IRT.

However, patients with T-cell defects are susceptible to more dangerous infections and may develop other autoimmune deficiencies and cancer as a result.

Patients with hypogammaglobulinemia or a family history of it should regularly get a follow-up with their consultant.

Getting these tests done periodically for every age group, keeping signs and symptoms in check, and devising respective treatment criteria (IVIG and antibiotics) can be initiated.

Antibiotics are prescribed for prophylaxis in order to prevent life-threatening infections.

Dr. Mina Azer, RPh. is the Director of Specialty Pharmacy at AmeriPharma. He attended University of Alexandria in Egypt. The most rewarding part of his job is helping others, especially when he gets to collaborate with his coworkers to achieve shared goals. Mina is a proud coffee enthusiast. He also enjoys keeping up with the latest tech gadgets. 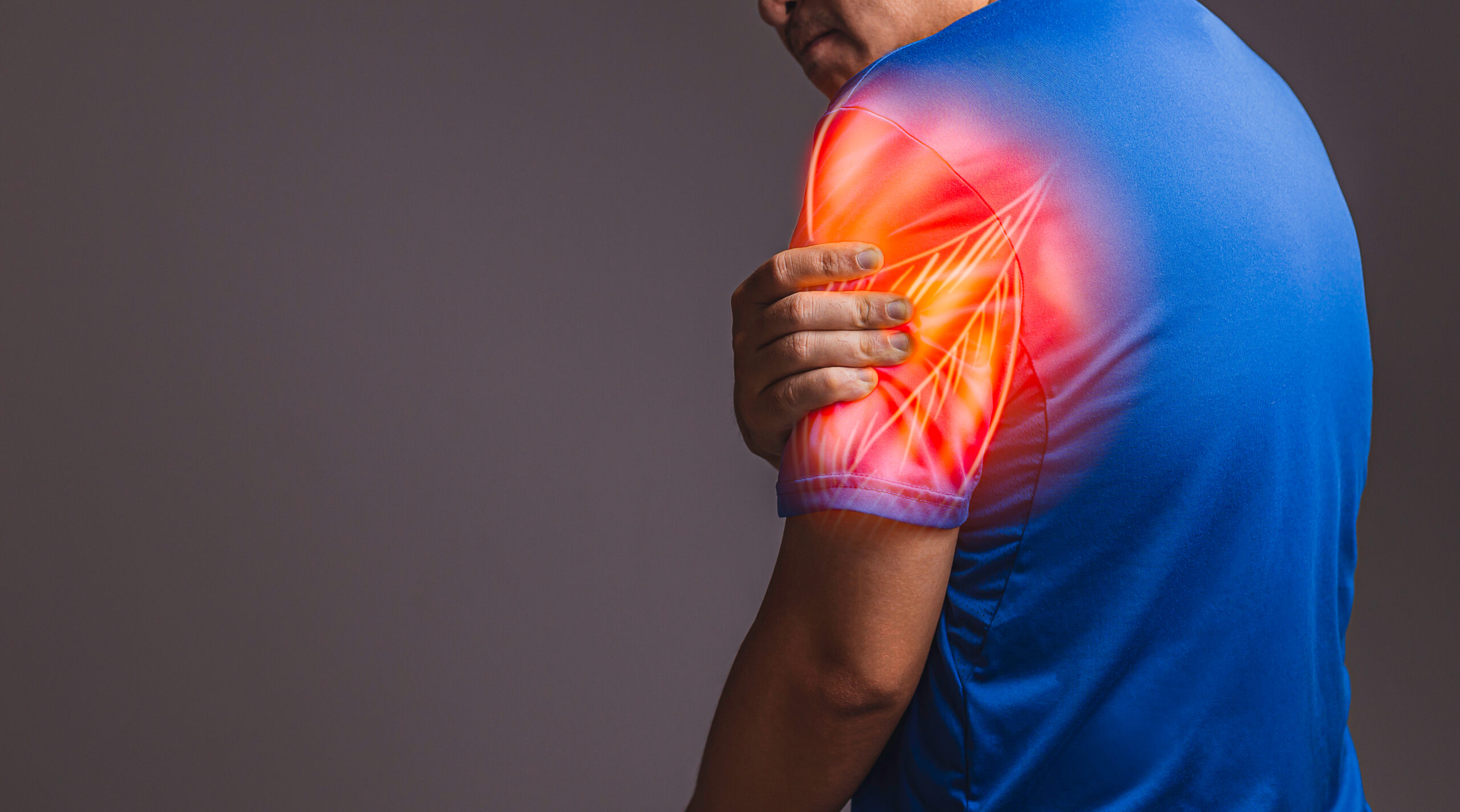 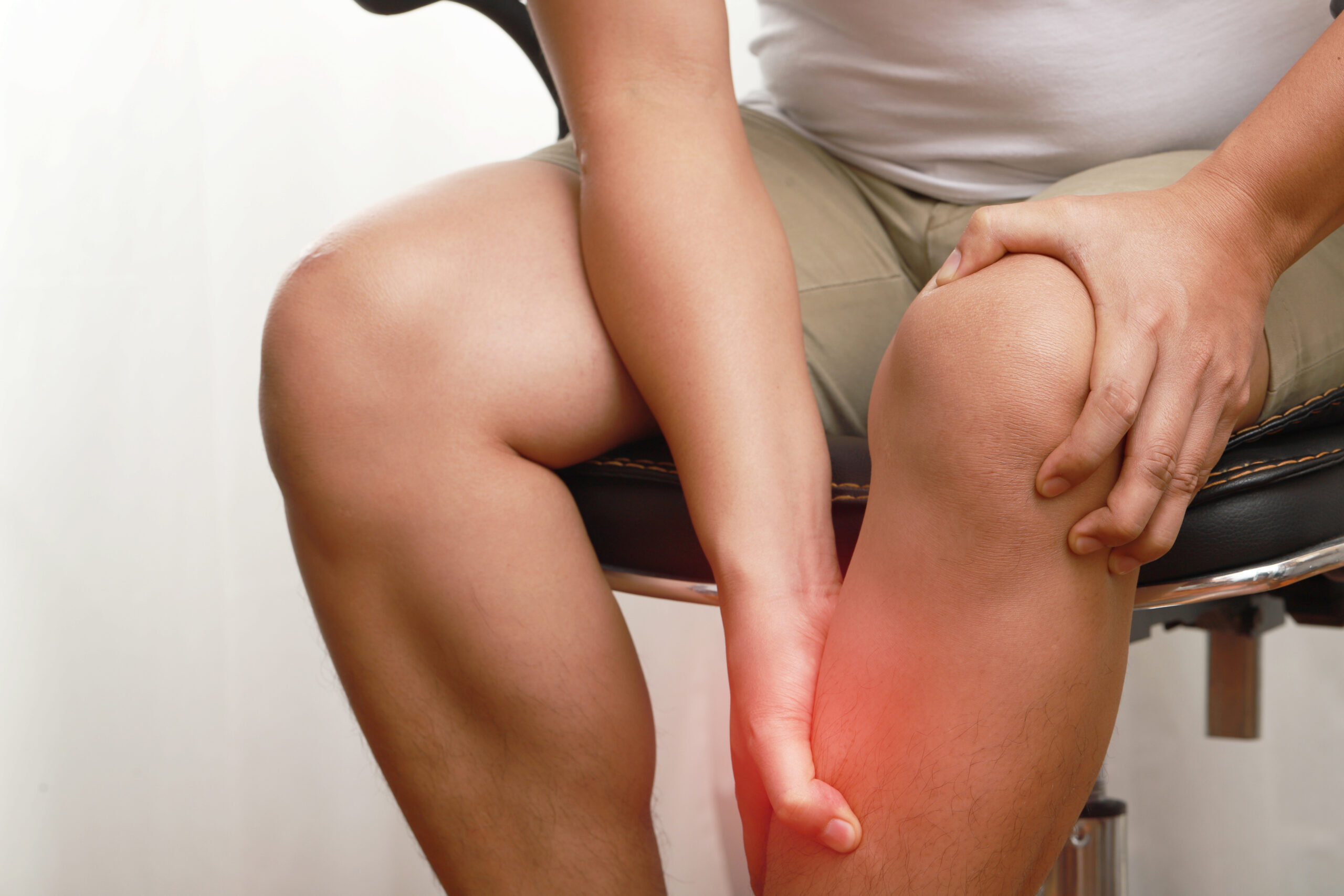 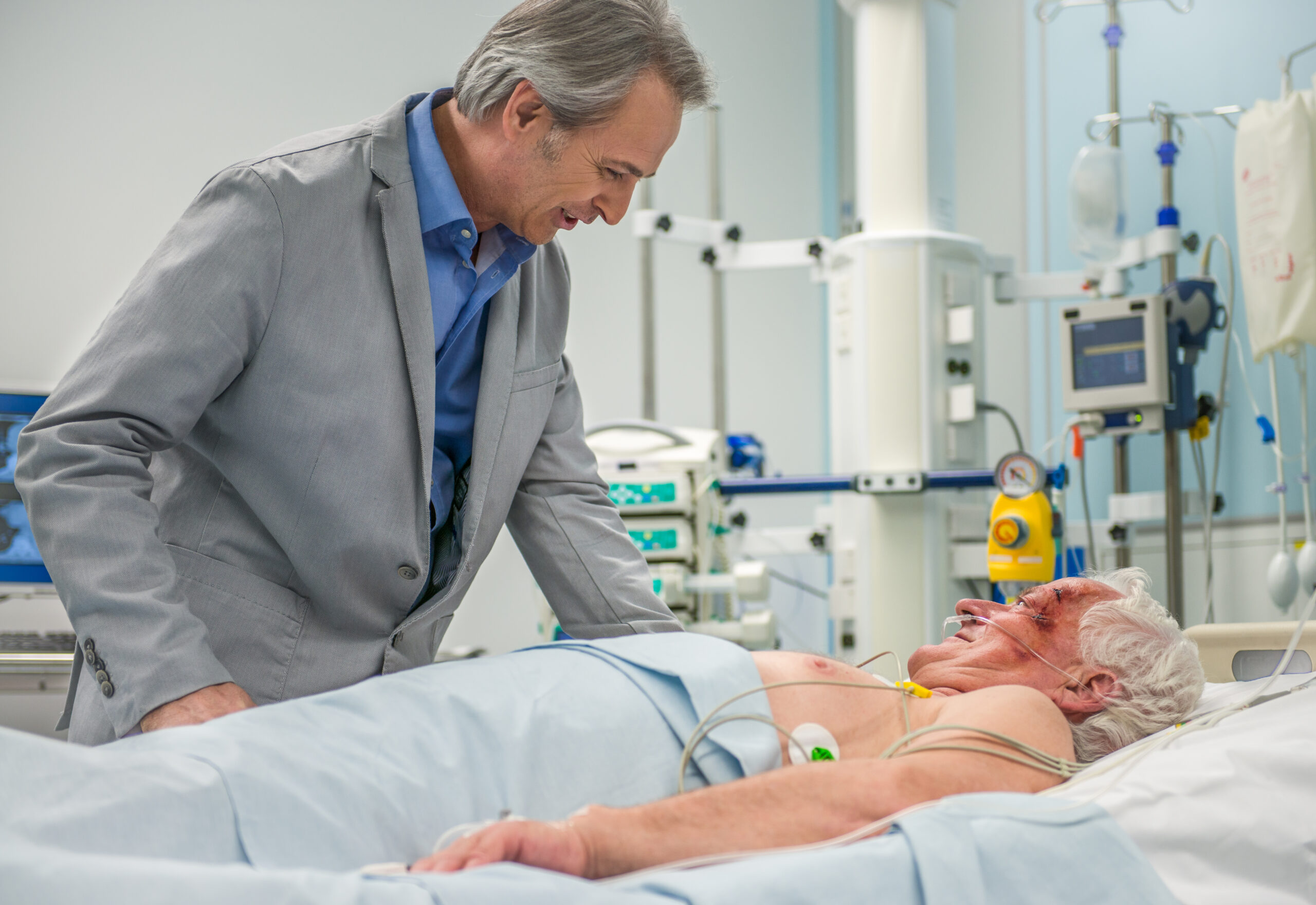