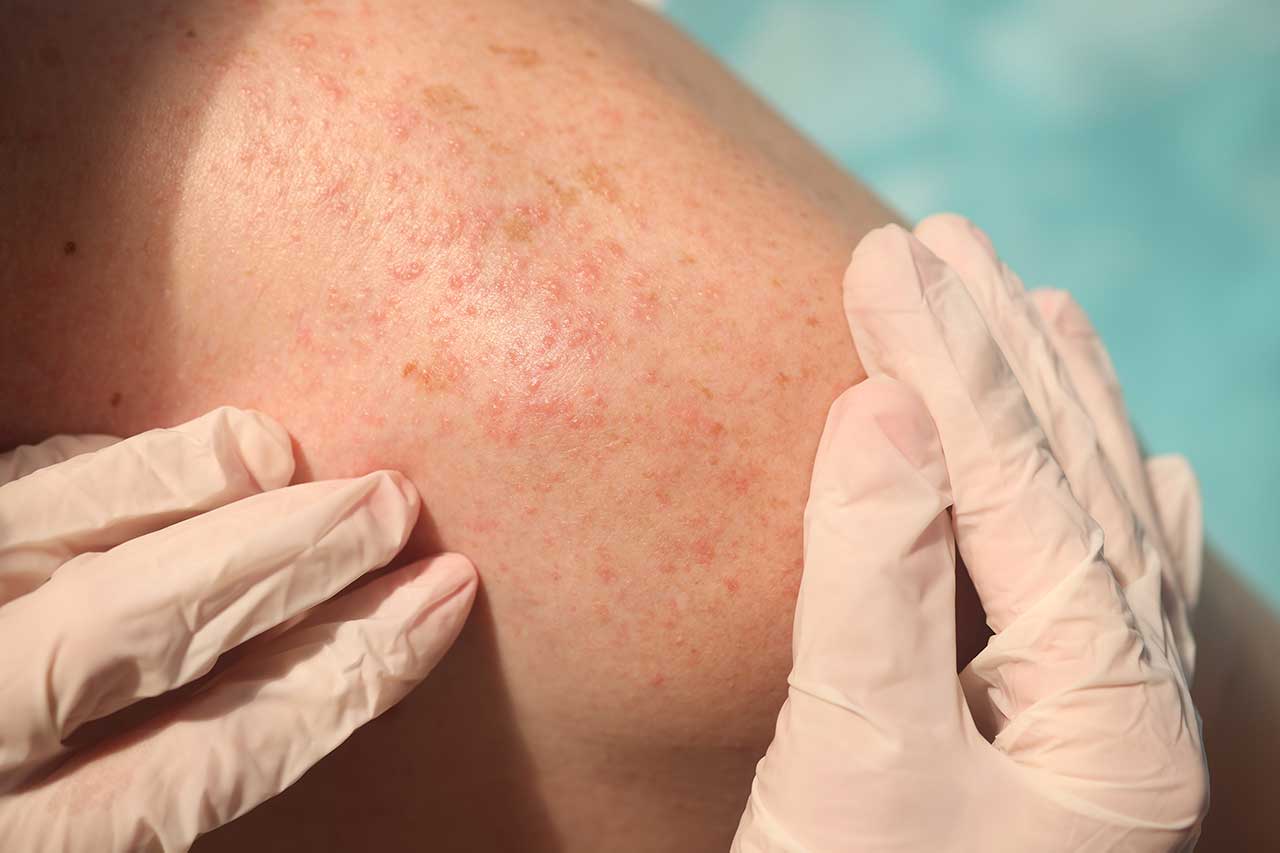 Cutaneous T-Cell Lymphoma (CTCL) is a rare cancer type that starts in white blood cells known as the T-Cells. With this cancer, T-cells develop abnormalities that make them attack the skin, causing skin tumors, rashes, and other symptoms. In the early stages, CTCLs are often misdiagnosed as benign skin conditions.

There are different types of cutaneous t-cell lymphoma, and this influences patients’ treatment options. Treatment options include radiation therapy, light radiation, and systemic medication. Targretin is one of the medications used to treat CTCL.

Targretin is the trade name for a drug known as bexarotene. Targretin is an anti-cancer agent used to treat the symptoms of cutaneous t-cell lymphoma (CTCL). This drug belongs to the drug class known as antineoplastic retinoic acid derivatives, or retinoids, which are metabolites of vitamin A (retinol). It is a third-generation retinoid.

Targretin was developed by a biotech company known as Ligand Pharmaceuticals. The company was located in San Diego at the time, and in December 1999, the drug received FDA approval. An approval from the European Medicines Association soon followed in March 2001. In 2006, another pharmaceutical company, Elsai from Japan, bought the rights to the drug and three other anti-cancer drugs from Ligand.

Targretin works effectively when used alone as a treatment for CTCL and when combined with other treatment methods. While the research on the efficacy of this medication is sparse, some studies showed that the drug is effective in treating symptoms of cutaneous t-cell lymphoma.

What Is Targretin Used For?

Targretin is used to treat symptoms of a rare cancer type known as cutaneous t-cell lymphoma, such as skin tumors and skin lesions. The drug is usually administered after other treatments and therapy for cancer have failed.

Bexarotene selectively binds to retinoid X receptors (RXRs) and activates them. Once activated, RXRs function as transcription factors, regulating the expression of genes that control cellular differentiation and proliferation.

With the activation of these receptors, Targretin causes cell differentiation and apoptosis, which is needed to prevent drug resistance development. This activation also allows it to prevent cancer metastasis and induce the drug’s angiogenic effects. Targretin should be used only when prescribed, and its administration should be supervised by a doctor with experience using Targretin for treating CTCL.

The drug is available in a 75 mg capsule. However, the ideal dose depends on the surface area of the patient’s skin. This surface area is measured in square meters, and the recommended initial dose is 300 mg/square meter daily. This drug is to be taken once a day and with meals.

This dose can then be increased or decreased depending on the patient’s response to the treatment and the side effects that manifest. The drug administration should also continue as long as the patient benefits from the drug.

If you accidentally take too much Targretin, call your doctor immediately. In extreme cases, such as those involving difficulty breathing or passing out, call the nearest poison center or 911.

Before taking Targretin, speak to your doctor if you are allergic to the active agent in the drug, bexarotene, or any vitamin-A-related drug, as retinoids are derivatives of vitamin A.

You should also talk to the doctor if you have any allergies at all. Targretin may contain some inactive ingredients that might trigger some of your allergies. You should not take this drug if you have or had pancreatitis.

Additionally, you should talk to your doctor before using the drug if you have cataracts, high and frequent alcohol intake, diabetes, liver problems, gallbladder disease, high blood cholesterol, and high levels of vitamin A. The drug could also make you more sensitive to the sun. Thus, you should limit your exposure to the sun while on this medication. Wear protective clothing and sunscreen, and avoid sunlamps and tanning booths.

Because the medication works on the white blood cells that form an important part of the body’s immune system, you are susceptible to infections while using this drug. Therefore, you should avoid coming in contact with people with infectious diseases.

Some of the side effects you may experience while taking bexarotene include:

Most of these symptoms last for only a few days. You should talk to your doctor if they last any longer or become bothersome.

There may also be more serious side effects such as:

Keep in mind that most patients do not experience any side effects, and this is in no way an exhaustive list. If you experience any reactions that are not on this list, don’t hesitate to call your doctor.

The cost of Targretin can vary from pharmacy to pharmacy. Your insurance plan and your location are also important factors that determine how much you pay for the drug. A typical retail price for Targretin is about $26,202 or more for 100 capsules of 75 mg strength. Contact AmeriPharma if you would like to apply for copay assistance for Targretin.

Dr. Alsamarah received his PharmD degree from the University of Jordan in 2011. In pursuit of higher education, he joined Western University of Health Sciences, Pomona, CA in 2014 and received a masters in pharmaceutical sciences with major in Computer-Aided Drug Design (CADD). He has authored and co-authored several publications in major scientific journals. After graduation, Dr. Alsamarah worked in various pharmacy settings before he found his passion in managing patients on IV infusions. His specialty areas include: Infectious diseases, nutrition support, and monoclonal antibodies. In his free time, he likes boxing, biking, and painting with his three kids.