What is Hemophilia and How is it Treated?

What is Hemophilia and How is it Treated?

It is common knowledge that clotting is necessary to stop a bleed and is essential in healing a wounds. However, those with hemophilia are not able to produce essential levels of certain clotting factors and therefore, experience health consequences. Hemophilia is a rare genetic disorder where a person’s blood has difficulty clotting resulting in pain and severe health issues.

What are the symptoms?

Who’s at risk and how to get tested 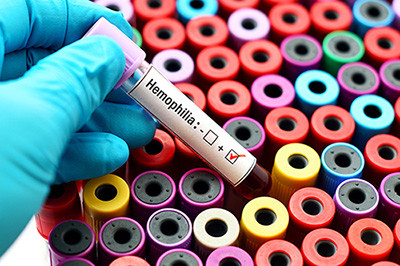 Painkillers may also be necessary to reduce pain from symptoms associated with hemophilia. However, instead of medications like Aspirin, patients should take pain medications that do not affect blood coagulation.

For 15-20% of people diagnosed with hemophilia, they develop inhibitors, which is an immune response that prevents clotting factors from being productive. The body is unable to recognize the supplemental clotting factors and begins rejecting the treatment. When this occurs, patients need alternative treatment solutions, which can be very costly.

In recent history, treatment for hemophilia has become much more effective allowing those with the disease to live normal, healthy and productive lives. The key is to seek treatment and work with specialists early on to manage the symptoms and receive proper care. Ask your doctor about working with AmeriPharma Specialty Care to help treat hemophilia. Our pharmacists are available 24/7/365 to answer all your questions.

How to Live a Normal Life with Hemophilia

Understanding Hemophilia and What to Expect