How To Stop Bleeding in Hemophilia Patients 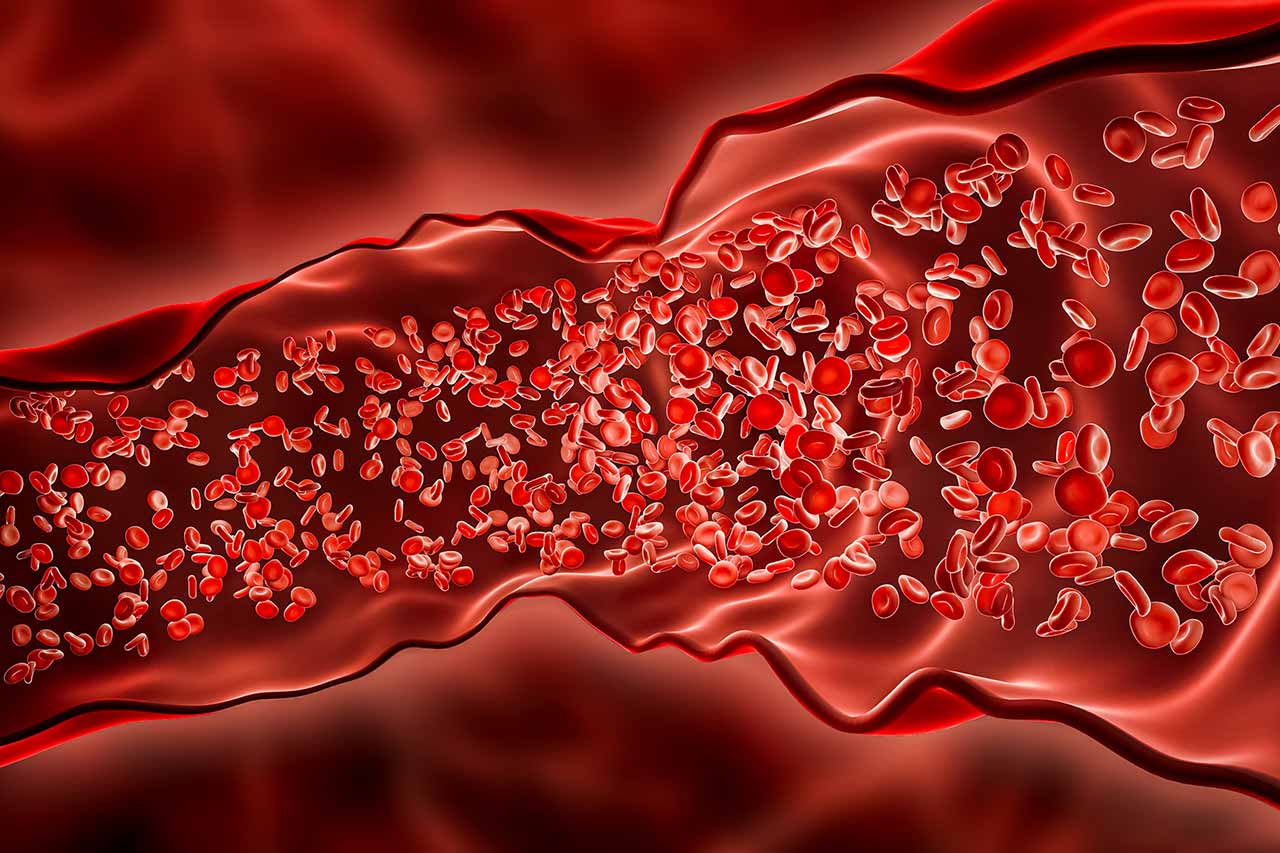 How To Stop Bleeding in Hemophilia Patients

Hemophilia is a rare hereditary condition where the blood doesn’t clot normally because it lacks blood-clotting proteins (clotting factors). A person that suffers from hemophilia may bleed more profusely and for a longer period of time in comparison to a person who does not suffer from hemophilia.

Bleeding from wounds and minor cuts is inevitable and may not cause too much trouble for a healthy person. However, people who suffer from hemophilia may be more prone to potentially fatal outcomes if there is spontaneous or excessive bleeding over a prolonged time.

Hemophilia patients are more sensitive to bleeding due to a deficiency of blood clotting proteins and need immediate medical attention in cases of excessive bleeding. The biggest concern with a severe case of the illness is internal bleeding, which could either occur in the brain or in the head, causing long-term problems such as seizures and paralysis within the joints, which can cause chronic joint disease or pain. Internal bleeding poses a life-threatening risk if the bleeding can not be stopped or if it occurs in one of the body’s vital organs, such as the brain.

The treatment strategies for preventing bleeding in hemophilia patients may vary depending on the patient’s condition, the hemophilia type they have (A, B, or C), and the severity of their bleeding. Since people who suffer from hemophilia lack certain clotting factors, treatment may include replacing these clotting factors.

Medical professionals and healthcare providers specializing in treating and managing this rare genetic disorder typically follow several medical procedures to stop bleeding in hemophilia patients and improve their life expectancy. Immediate treatment not only reduces the risk of severe complications but also helps relieve pain and shortens recovery time. Therefore, patients with hemophilia or their caregivers need to know what steps to take to stop bleeding promptly.

The severity of hemophilia is dependent on whether a patient may experience minor to spontaneously acute bleeding problems throughout their life. For this reason, hemophilia patients need to know what treatment steps should be taken to prevent these frequent bleeding episodes.

Bleeding results when blood vessels are torn, leading to blood seeping into nearby tissues. When clotting is normal, platelets adhere to blood vessel walls and cause the bleeding to stop. Clotting components combine and create fibrin used to patch the blood vessel wall tear. A person without clotting factors VIII or IX (8 or 9) will continue to bleed because there are insufficient clotting factors to produce fibrin. This will lead to longer bleeding times resulting in weaker clots.

Minor bleeding can occur externally from small cuts, scrapes, and bruises or internally (into joints or muscles) from sudden bumps. Both external and internal minor bleeding is easily treatable at home without seeing a doctor. Medical professionals train patients with mild hemophilia to treat themselves at home if they encounter minor bleeding problems.

The best way to stop bleeding in hemophilia patients from minor cuts is to apply pressure to the site using a bandage, gauze, or a clean cloth. If blood soaks through the bandage, placing another bandage on top of the first one is recommended while continuing to apply pressure. Lastly, the injured part should be raised to slow down the bleeding. You should always contact your doctor, or go to your hemophilia treatment center or emergency room for further instructions on stopping the bleeding. Your doctor may prescribe or administer factor replacement therapy. 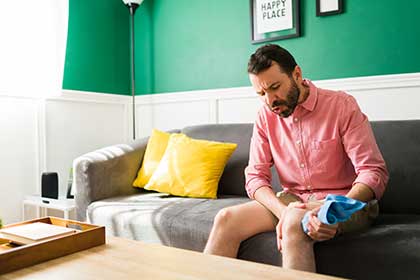 In terms of minor internal bleeding, bruises on joints or knees from sudden bumps are the most common type of injury in hemophilia patients. The broken blood vessel internally bleeds into joints, which results in inflammation or swelling. The swelling can be treated by applying an ice pack to the bruised site. Ice not only reduces swelling and redness but also helps with pain and muscle spasms.

If you feel persistent pain or if the area of your injury continues to swell and becomes numb, you should consult your doctor and get medical help immediately.

Patients with severe hemophilia mostly experience acute and excessive bleeding after trauma, injury, or any significant surgical procedure. Patients may also experience frequent episodes of spontaneous (unprovoked) bleeding once or twice a week. In these types of cases, patients require replacement therapy and other measures to stop excessive internal or external bleeding.

Replacement therapy consists of clotting factors concentrate (CFC) that are rapidly infused into the body of hemophilia patients. They are used to stop bleeding and for patients who are undergoing any surgical procedure. Clotting factors help the blood to clot, thus stopping spontaneous bleeding. More frequent infusions are given for more serious bleeding.

Apart from CFC, prophylactic factors are also used to stop spontaneously excessive bleeding in hemophilia patients. The dose and number of days of treatment are calculated based on the clinical evaluation and the type of bleeding that might be anticipated to prevent internal muscular or cerebral bleedings.

Desmopressin is a pharmacological approach that stops bleeding in patients suffering from hemophilia A. This synthetic hormone increases the concentration of clotting factors VIII by 3 to 5 times in the blood and promotes blood clotting. The degree of the bleed will determine if desmopressin should be used. Clotting factor concentrates must be administered as treatment if the bleeding is critical or life-threatening. DDAVP functions by increasing the levels of factor VIII.

Aminocaproic acid or tranexamic acid is the antifibrinolytic agent that promotes clot stability by preventing blood clot breakdown. These drug agents can be particularly useful to stop bleeding that occurs during dental surgeries, nose bleeds, or heavy menstrual bleeding.

Since there is no absolute cure for hemophilia except liver transplantation, medical researchers are still working on finding other effective ways to beat hemophilia, such as gene therapy and monoclonal antibodies.

Rafik Boctor, RPh was born and raised in Cairo, Egypt. He received his degree from the Faculty of Pharmacy, Helwan University in 2011. The most rewarding part of his job is making positive changes in patients’ health and well-being on a daily basis. His areas of expertise include immunoglobulins, chemotherapy and biologics. In his free time, he enjoys playing guitar, singing, and Latin dancing.